This site provides an example of a survival & preparedness inventory for a group of 4 people living in a remote mountain retreat.

To see the proposed example inventory - refer to the page list on the right side of this site. Browse through the pages which cover Firearms & Ammunition, Food & Water, and more. In no way is this presented as an end-all solution to any and every example. It is merely present to promote thought and discussion.

Firearms are often a subject that are looked at emotionally by preppers with visions of rushing in to save the damsel in distress from the bad guys. The fact is - a firearm is merely another tool that should be included in the stockpile.

One discussion that often comes up is what kinds of firearms to own. There are two main thoughts:

My take on the whole matter is a combination of the above. With that in mind I have one belief that I firmly believe and always remember:
- Those without will take from those that have in order to self-preserve.

What I am basically saying is if things get bad enough that people are hungry and struggling to feed their family - they will steal and kill. It is a matter of self preservation. Therefore, a priority must be made to have firearms which can be used to defend property, people, and supplies.

Like I said - a good survival battery should have a variety of firearms to fill many roles. Hunting, protection, dispatching varments, target practice, etc.

Every situations and geographic location can present a variety of challenges which to consider when selecting a firearm battery. Someone living in the deep woods of Alaska will likely need different firearms than someone living in an apartment in the middle of a large city.

Why Prepare and Thoughts on Food Storage 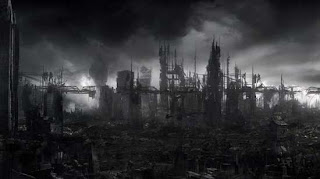 The world is becoming a more dangerous place to live. People are becoming more concerned about their and their family’s future. and its radical communist government continue to threaten the world with nuclear weapons. Islamic terrorism carries out its reign of terror across the globe making headlines with murder and mayhem almost daily. continues to pursue its seemingly unstoppable quest towards possession of nuclear weapons. Earthquakes, floods, hurricanes, and power outages all seem to be happening more frequently. The risk of some form of pandemic outbreak risking millions of lives is ever present. A more recent threat that has gained widespread attention and is an unfortunate reality of today – the threat of economic collapse.
People are very concerned with the economic plight facing this great nation. Economists disagree on not only the current state of the economy – but what will be happening in the future. Massive unemployment and a significant increase in the poverty rate have consumer confidence at a very low point. Government actions thus far seem to not have had the positive effect that was promised to get the economy heading in the right direction. No doubt that many feel that the unprecedented debt that the government has acquired has placed into a situation that will not easily be dealt with. Many feel that a total economic collapse is on the horizon – and is inevitable.
Every year on September 11th this country is reminded of the possibility of future terrorist attacks and possible acts of war. Although the government has been improving security in the United States over the last 10 years – the threat of another terrorist attack is very real. There is little doubt that terrorist groups would like nothing better to strike once again on American soil.
Hurricane Katrina entered the Gulf region in 2005 and displayed just how unprepared most Americans were. Katrina also showed that depending upon government help is by far not the best course of action to take in a disaster. 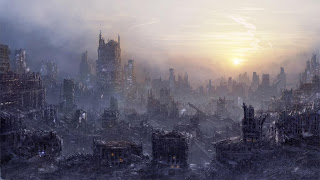 People are becoming more and more aware of these dangers and are taking steps to prepare. These people are often called “preppers”.
In the early 1900’s families rarely had to go to the store for food. Gardening was more common and families were much more independent than today. In today’s modern society – everything is instant. Today there is instant entertainment, instant communication – and instant food. Modern society is so far removed from the days of self-sufficiency that it has endangered itself to be easily brought back to the horse and buggy days with a single high altitude nuclear explosion (EMP). Modern supply chains that guarantee shelves are always stocked with food at your local grocery store are very delicate and easily disreputable. In the event of some type of major disaster – grocery store shelves can and will empty quickly.
For those preparing for the dangers and threats that exist – beginning a food storage program is often the very first step taken. Without food, the chances of survival are greatly decreased.
Stage I
The trend today for those wanting to maintain extra food is “storing what you eat and eating what you store”. Preppers typically begin their food storage efforts by purchasing larger quantities of the typical foods they already have in their pantries. Visits to the grocery store place an emphasis on purchasing multiples of most everything – with specific attention to canned foods. This would be considered Stage 1. Preppers can often accumulate up to 3 months of food just by buying extra. As one can imagine – Preppers often have to be very creative in storing their food supplies as 3 months of food will take up a large amount of space.
In order to retain the integrity and freshness of stored food -  FIFO (first in, first out) procedures must be used. This means using the oldest food first and making sure the newest additions to stockpiles are placed towards the back of storage shelves. Often detailed lists of stored food supplies are maintained to make certain that waste is kept to a minimum. These lists typically will contain reorder points to make sure that supplies do not drop below minimum desired quantities.
Due to the economic conditions of today – coupon use is becoming more and more popular. Many stores are fighting for customer business and offer to double or even triple the value of coupons. Preppers can often use coupons to increase their food buying power. An internet search on “How to use coupons?” will return literally thousands of links related to coupon use and saving money. Today’s dollars are stretched very thin – and Preppers strategically use coupons in combination with store sales to dramatically increase buying power – and their food supply.
Stage I foods typically are stored from 6 months to 2-3 years.
Stage II
Stage II encompasses those food items that can be stored for 5 to 10 years. Once Preppers have accumulated a substantial supply of “everyday foods” – longer life foods are considered. One very popular example of a Stage II food would be the military MRE (Meals Ready to Eat). Military MRE’s are pre-cooked complete meals that contain a main entrée as well other meal components such as a side dish and desert.
Foil packed freeze dried foods have also gained popularity among those preparing for the uncertain times. Both lightweight and having a good shelf life if properly stored – these are often looked at as a great choice if having to evacuate. One favorable characteristic of the freeze dried foil packs is the huge selection of different types of food to choose from. There are numerous meats, fruits, vegetables – and even ice cream that can be purchased and stored in case of an emergency. These foil packs have a shelf life of 7 or more years.
Grains are another very popular long-term food storage item that many Preppers maintain. Grain storage programs often include wheat, beans, peas, soybeans and lentils. Stored in 5 or 6 gallon buckets – grains can be stored for 10+ years under the right conditions.
Stage III
Preppers look at freeze dried foods stored in large #10 cans as the “premium” long term food storage item. Easy to prepare, very lightweight and with a shelf life of 25 to 30 years – these are highly sought after. Vendors that sell freeze dried foods in cans often offer complete packages for feeding a family of four for 72 hours to 1 full year. With the same food selection as the foil packed freeze dried foods – they are an integral part of a total food storage system.
Summary
Beyond being ready for a natural disaster such as a hurricane or earthquake - preparedness is becoming more and more mainstream every day. It is not uncommon to see news articles discussing an urban family stocking up on food to prepare for…….whatever. Survival and preparedness websites are now springing up all over the Internet. Books on the subjects of preparing for future disasters – including economic collapse – are making the Best Sellers list. The uncertainty that so many Americans are feeling today is fueling a wave of fear across this country. This fear has lead many people to perform an act that many find unnecessary but is so basic to sustain human life – store food. To those preparing for the worse storing extra food is no more ridiculous than purchasing car insurance. You have it and hope you will never need it.
Posted by Rourke at 7:00 AM

This site has been developed to illustrate a possible example survival "system" which could be put together to prepare for potential disasters - both man-made and natural. The hope is to promote thought and consideration for readers who are working to develop their own system.

In no way, shape, or form does the owner of this site believe that the system represented here is the "one and only" and will work for everybody in every situation. It is merely one possible solution.

Content related comments are welcome and we would enjoy hearing other peoples perspectives.

Updates to the site will vary from daily to weekly.